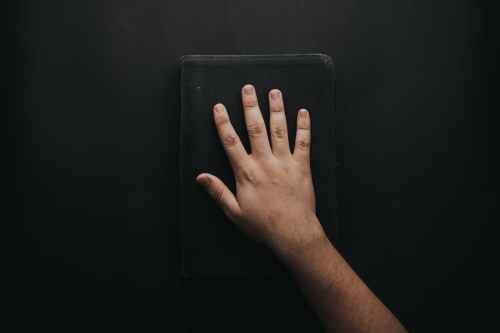 Photo by Luis Quintero on Pexels.com

There were seven of us sitting almost six feet apart on our porch. One of the seven was Don Cole, Republican candidate for representative to U. S. Congress in the November election. With him were Don’s assistant Wiley Kimbrough and Jeff Jolley, Chairman of Grady County’s Republicans. Don had asked to meet with as many small groups as possible that day prior to the 6:00 grand opening of the Grady County Republican headquarters in downtown Cairo.

Don had requested we meet in small groups, not just so we could ask him questions but that we would pray for him. So after we’d had time to get acquainted and talk some about the issues tearing our country apart, that is exactly what we did. We stood in a spaced-out circle and prayed.

Our prayers ranged from asking the Lord’s blessing on this passionate good-hearted man, to pleading for restoration of our country, to thanking Him for freedom to vote and to meet like this on a porch to pray.

That night Don was the featured speaker at the Open House for the Republican Party. A number of folks had worked hard to make this newly acquired rental storefront a pleasing and functional place. It was clean and bright and decorated in the spirit of patriotism, flags, bunting, and all.

There were around fifty of us who listened in rapt attention to Don’s reasons for running and what he stands for. He briefly told about his life till now, an interesting mix of military service, ministerial service, and diplomatic service. The job he resigned in order to run for representative was as a speechwriter for Sonny Purdue, now U.S. Agricultural Commissioner, formerly Governor of Georgia. He related how he felt a compelling urge to take on this campaign, that God would not release him from following this path.

I can’t list all Don’s concerns he hopes to be able to address in Washington. But here are a few. He wants to give his constituents a voice again in the House. “Right now you don’t have a voice,” he declared, “and that needs to change.” He particularly feels the black community has been cheated and wants to give them much better representation. He is extremely concerned, for instance, that the black community has been targeted by the contenders for abortion. There are those with radical ideas becoming stronger all the time who truly want to wipe out a large portion of our population. And a final reason for running that rings in my head is his desire to stand up for the rights of everyone to worship in freedom, to be a strong voice for upholding the constitution.

My father was  a pioneer of conservatism in Georgia when few near us agreed. He literally preached to us about the need for government to protect us but not meddle in our private business. That’s partly why he and Mamma taught all their ten children at home. I guess I thought I’d heard enough about politics in my growing up years to last the rest of my life. Then I married a man who is just as adamant for standing up for our freedoms. I’m sorry those two, my husband and my father, couldn’t have met. As presidents and congressman have come and gone, we both now see a very sobering trend towards the government’s removing the freedom of the people. It has been amazing to see what President Trump has accomplished even while under siege the whole time. But now troubled times such as we’ve never known are plaguing our nation and so many of our politicians seem more interested in beating Donald Trump than in saving our country. I tremble for the future of our children and grandchildren.

Every election has been important. But this one is more important than any yet. Don Cole emphasizes that we all need to vote and that we need to vote our convictions. Our vote is ours, he says. But he asks humbly that we send “D.C. to D.C.”

My husband, Charles, wrote the following resolution which our church, First Baptist Cairo, is adopting. He says the Lord pressed him to write it one sleepless night. He is happy for anyone to use it in their churches as they see fit.

Be it resolved that we, the congregation of ___________________ (or any organization), in view of the turmoil and troubled times that are engulfing the United States of America and the world, urge the following:

As election time is November 3, 2020, we urge our members to make preparation for participating in this election by studying the issues and candidates thoroughly. We should note their achievements and policies rather than their personalities. Our guiding principle should be a biblical worldview with Christian goals and outcomes.

This is a very critical election as it seems to be a dividing point in what our country becomes and how it functions. Issues of both sides of the perspective are more in contrast than ever before. It is imperative that Christians take a strong stand by studying the issues, the candidates and what they stand for, and giving support to ones who most nearly meet our biblical perspective. This could be done by supporting the best candidates by monetary means, by use of energy and time, and with much prayer.

May God be honored by our action and may God bless the United States of America!

We were thankful we were able to host a small praying group on our porch that day and thankful for each who came. Blessings on Don Cole as he seeks that ominously responsible job in Washington. “D.C. to D.C.”