Stand Up and Be Counted 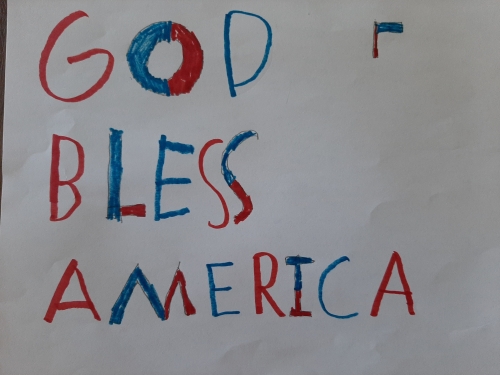 In the midst of staying close to home during this coronavirus pandemic, we should have plenty of time to fill out our 2020 census form. To me, filling out this simple form feels like one tiny way of showing loyalty to my country.  My mind tracks back to 1970 when I was a U.S. census taker.

I just filled out our census form online. Easy! The forms a census taker will need to collect this year are from those who don’t respond. In 1970 it was different.

My son was not two years old yet. I left him each morning with my friend Barbara Smith who had a little boy almost the same age. After training, each one on our team was given an assignment. Mine was the northeast section of Cairo, Georgia. Later, one of the other team members had to leave us and I was gifted part of her southeast quadrant.

The day began at 9:00. I’d park our good old Buick at a southwest corner of a block, then walk door to door clockwise as stipulated. I picked up short forms at every house, helping those who had not yet filled them out. Then at every fifth house I was required to give the occupant a long form to fill out. Fortunately, for me, the first few long form houses went pretty well. But I soon learned that there were folks who highly objected to giving the government any information.

My mother had worked as a census taker in 1940 and I’d heard some of her stories of her experiences. She couldn’t drive so my oldest brother drove her in the family’s Packard. This was in Habersham County where some country roads rose steeply upward. Once, she and Orman were approaching a house far up a hillside. It was hot weather, the car windows were down, so they could hear voices as they drew near. As Mamma climbed out of the car she heard someone yell, “There come some of them lowlanders. Better watch out!”

I wasn’t ever called a lowlander but I was greeted with far less than enthusiasm a number of times. This was especially true at the fifth houses. I began to dread them. Not only were some folks grumpy about answering questions, but it was a time-consuming process. There were numerous questions on the long form, such as number of rooms in the house, number of square feet, and even the annual salary of those in that household. That last was the question that angered some citizens.

One person in particular gave me  a very hard time, in fact refusing to give me the information, resorting to yelling at me that I had no right to ask how much they made per year. Both occupants of the house were angry and abusive in their response. My superviser went back with me the next day and, with her more authoritative voice, persuaded the householder’s compliance. If they’d only realized how many forms I had to deal with and what a poor memory I had they would have known I couldn’t remember any of their figures.

It was hot walking from house to house. The dogs sometimes threatened to eat me up. Sprinklers were a challenge to dodge. In some homes smells of frying chicken or pork chops assailed my nose making me long for something more than my peanut butter sandwich. I ran out of gas one day and had to call Charles to come get me going again.

In spite of snags, though, I remember the whole experience fondly for two reasons: I was happy knowing I was doing something for my country and I met some really sweet interesting people I never would have met any other way.

One of those whom I remember with pleasure was a little old lady (probably about the age I am now!) who was making a quilt in her tiny living room. The quilting frame filled the room so that, it seems to me, I had to sit opposite her and question her across her colorful quilt. She lived alone and was lonely. By the time I left, after about an hour, I felt like hugging her. Taking note of where she lived, I went back near Thanksgiving to take her a meal and had a really good visit. Soon after that, I saw her obituary in the paper.

One lady and her husband were belligerent about filling out a long form. They finally did so very begrudgingly. I left there hoping I’d never see them again. But God works in mysterious ways! A few months after that when Charles and I moved across town I discovered that my neighbor across the street was that same couple. Turns out, they loved watching our little blond boy playing and I learned they enjoyed growing exotic flowers in their house.

There were many more friendly people than grumpy ones. There was a minister just getting ready to go on hospital visits who cheerfully stopped to answer my questions. There were those who expected me and quickly handed me their forms all filled out. There were those who had forgotten all about the form and had to dig it out from under stacks of mail and magazines. Some even offered sympathy realizing how tired and hot I was by 4:00 in the afternoon.

By the way, the pay I received as a census taker was 50 cents per short form and $1.00 per long form. I didn’t strike it rich.

I don’t know how the additional data collected on long forms will be acquired this year. Should a census taker come to my door and ask to interrogate me for “long form” information, I plan to fall into the category of a cheerful citizen rather than a grumpy one.

Lee Greenwood sings about his pride in being an American. Let’s sing with him. “I’m proud to be an American where at least I know I’m free, and I won’t forget the men who died to give that right to me, and I’ll gladly stand up next to you (six feet apart!!!) and defend her still today ’cause there ain’t no doubt I love this land. God bless the USA.” 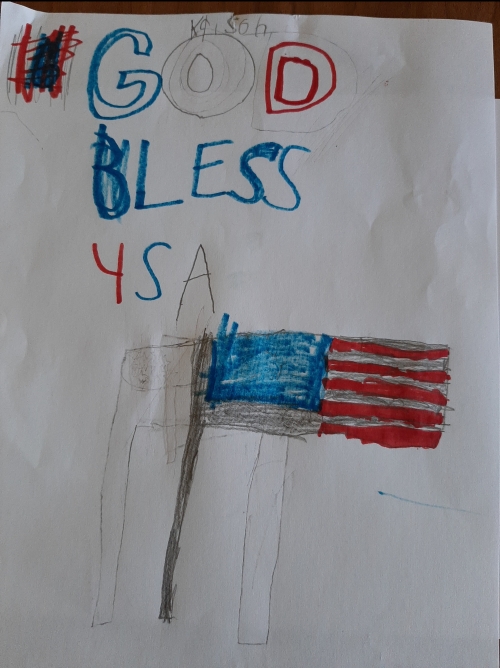